Igloo Magazine  just released a great write up about The Kandinsky Effect, and our new album “Somnambulist.”

We’d like to thank Nocturnal Ghost for taking the time to interview us, and help tell the story of how we made this record. It was, to say the least, quite a process….

You can read the entire article by clicking on the screenshot below, or by visiting Igloomag.com. Oh, and the reason we posted this screenshot? Let’s just say it’s pretty neat to be featured on their homepage right next to the brand new Bjork record! 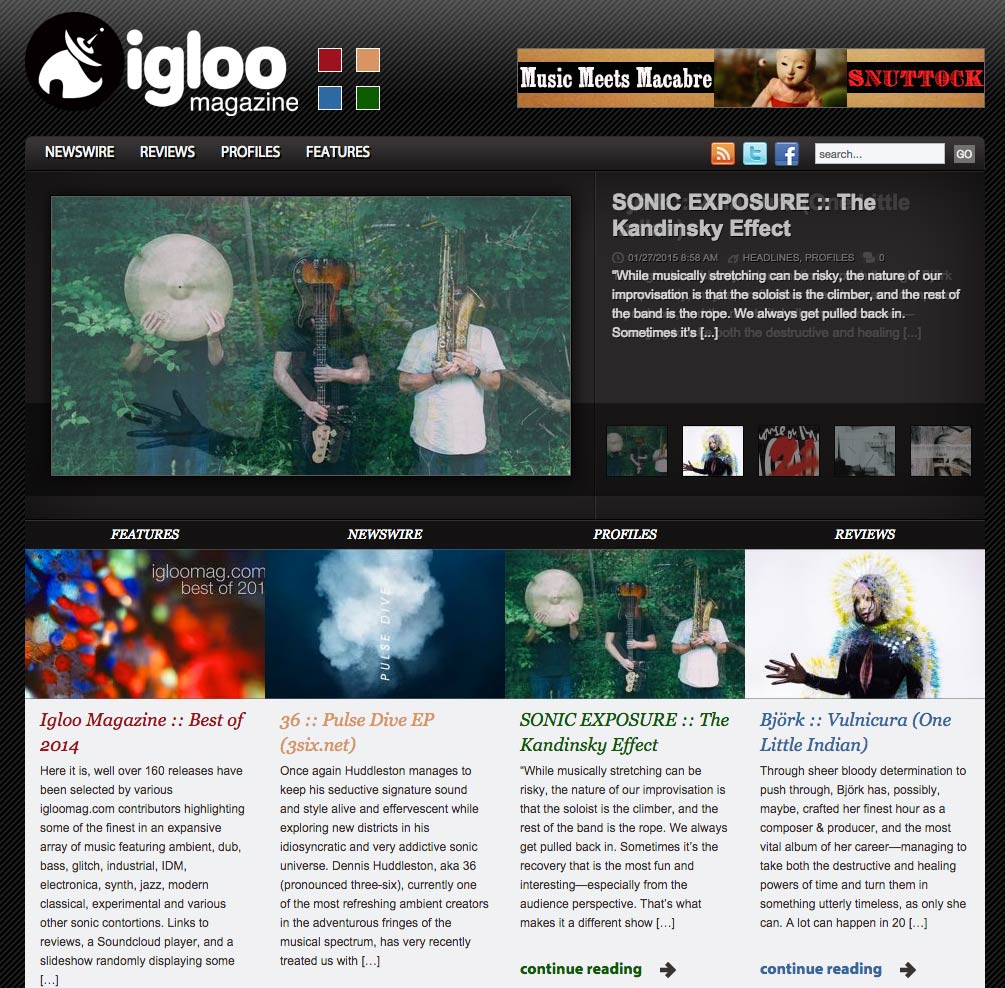